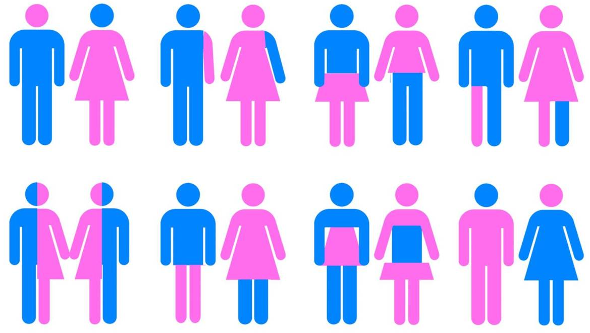 Caitlyn Jenner's debut has bigger implications than the 24 hour news cycle is reporting.  Caitlyn's debut has the ability to save lives.   I am hopeful that Caitlyn's bigger than life, multimedia, twitter-record-breaking act of freeing herself to be herself will be the catalyst that propels us out of the dark ages in which we turn a blind eye to the bullying, discrimination and violence that many transgender teens experience.  And I am hoping that by having our eyes opened, we will begin to actively create environments in which adolescents who are gender questioning are not ostracized, but rather supported; not isolated, but rather embraced; not left alone to find their own way, but rather connected to someone who has successfully walked the same walk.  If we can do that, maybe, just maybe, we can reduce the number of our adolescents who are seriously thinking of, and heaven-forbid, attempting suicide.

Click here to listen to an interview about transgender suicide with host Chris DeBello on Issues and Ideas Radio.

Here are some FAQs about transgender identity:

What does it even mean to be transgender?: The definition of transgender is an individual who identifies with a gender that differs from the sex they were born.  i.e. Caitlyn Jenner was born as a male, but identifies as a woman.

How many transgender people are there?  For many different reasons, this question is difficult to answer.  However, it is estimated that as many as 700,000 individuals in America identify as transgender.  Because there is so much stigma associated with transgender identity, this number is probably an underestimate.

What causes a person to be transgender?  The short answer is we don't know.  What we do know is that it is most likely a combination of biological, psychological and social factors.  Gender identity has a wide spectrum and begins to form early in childhood.  Think of the children you know -- you can envision the "girly girl" and the "tom boy" and the "boys' boy" and the "gentle boy."  All of these really are terms we use to describe the spectrum that is gender identity.  While many transgender individuals don't transition until later in life (often due to societal and financial pressures), most individuals will tell you they were aware of their transgender status much earlier.

Are transgender people gay?  Sometimes yes, sometimes no.  Gender identity is separate from sexual attraction.  Cis-gender describes a person who identifies with the same gender they were born as.  So, a girl grows up to identify as a woman.  Whereas transgender identifies a person who identifies with a gender that differs from the sex they were born, like Caitlyn Jenner.  Just as a cis-gender person can be attracted to members of the same sex, opposite sex or both, the same is true for people who are transgender.

Is being transgender a mental illness? No.  Transgender individuals who are raised in supportive, loving homes and communities do not automatically develop mental illness -- nor is transgender identity itself considered mental illness.  However, there are higher rates of depression, anxiety and substance use disorders in transgendered individuals -- largely as a result of hostile and discriminating social environments.  To put it in perspective, here are some statistics about the conditions our transgendered youth endure:

Where can transgendered individuals find help and support? Here is a short and by no means exhaustive list of organizations that are doing great work: